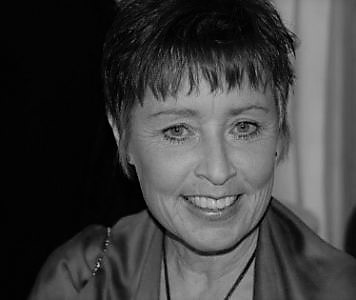 Karen was diagnosed with variegate porphyria (VP) in 1982 (aged 26). It is assumed she inherited it from her father, as it is thought he probably suffered with many undiagnosed symptoms of VP.  When Karen was young, she suffered several acute attacks and many episodes of blistering to her hands and feet. However, once diagnosed made lifestyle changes to reduce the incidence of symptoms and has since lived an almost symptomless life.

In early July 1998, an article in the Daily Mail by Christopher Hudson portrayed porphyria in a poor light and so Karen responded, with her letter and accompanying photo being printed on 15th July. In the letter, Karen invited other people with porphyria to get in touch, in the hope of forming a fundraising association.

At the time, Karen’s specialist in London (Professor Tim Peters) said that he could help by inviting some other patients to an informal meeting. He also invited Professor George Elder, who was working with porphyria patients in Cardiff, and CLIMB, a charity supporting children with metabolic diseases, who he thought would be able to provide advice.

Following the meeting, a small group decided to try to get the British Porphyria Association off the ground.

It was tough going and involved many meetings, as everyone lived across the UK and skype and conference calls were not around then. Ultimately, the work paid off and the BPA became a registered charity.

Karen was the first Chairman of the association and over the years has done many different tasks, including running the telephone helpline for many years, editing the newsletter and forming a patient database. Karen has also orchestrated and taken part in many fundraising events – runs, walks, coffee mornings, quiz nights, boot sales, etc.

Karen has remained a trustee of the association throughout the years and although having had a break from being on the committee a few years ago, Karen returned earlier this year.

“I am pleased to say that we now have a ‘younger’ generation coming onto the committee, and my hopes are that the association will continue to grow and support patients, their families, education and research.” Karen

Your ticket for the: Karen Harris